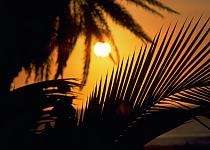 The process of air purification

As we have seen in the previous section about the lab researcher, "Cold process" or "Nitric oxide free" types of ozone can be formed from special "ceramic sandwich" composition generators. Cold process ozone can also be formed from air or water that is subjected to high frequencies or ultraviolet light. The amount and type of ozone produced depends on the wavelength of the light being used. The closer we come to the natural sun produced ozone, the less problems there are.

Scientists consider light to be a stream of invisible packets or compressions of energy that are called photons or waves. The energy carried by a light's photons increases as the length of the light's wave (wavelength) shortens. Only the UV light that is actually absorbed causes any chemical or physical changes, and atoms and molecules absorb only those wavelengths that provide the right frequency of energy to produce any changes to their status.

As you can see from the above comparison chart, the patented Photozone Advanced Photo Oxidation (APO) process, generates ozone, but has some significant differences: The special Photozone UV lamps produce the exact wavelengths needed to produce not only ozone, but other higher forms of activated oxygen as well. No significant corrosive nitric oxides are present. The gas is full of negative ions. Note the similarity to the negative ion avalanche effect noted by the Japanese physicist in the section on cold process ozone. An analysis of the compounds in Photozone gas are as follows:

NOTE: Please notice the presence of our friends, the peroxide radicals, and hydrogen peroxide.